The Dandanator Entertainment System is coming!

The final format to make the most of your CPC… Forget the boring physical formats to manage… just connect your device and….Enjoy your games! 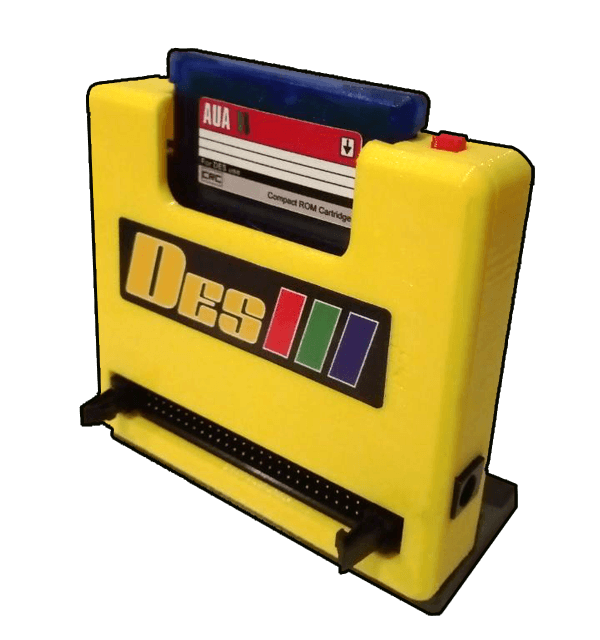 I Want to Know More I Want to Book / purchase

What is the Dandanator Entertainment System?

It offers greater technical capabilities for creating games and a gaming experience never seen before on CPC, add to this an incredible ease and ease of use. 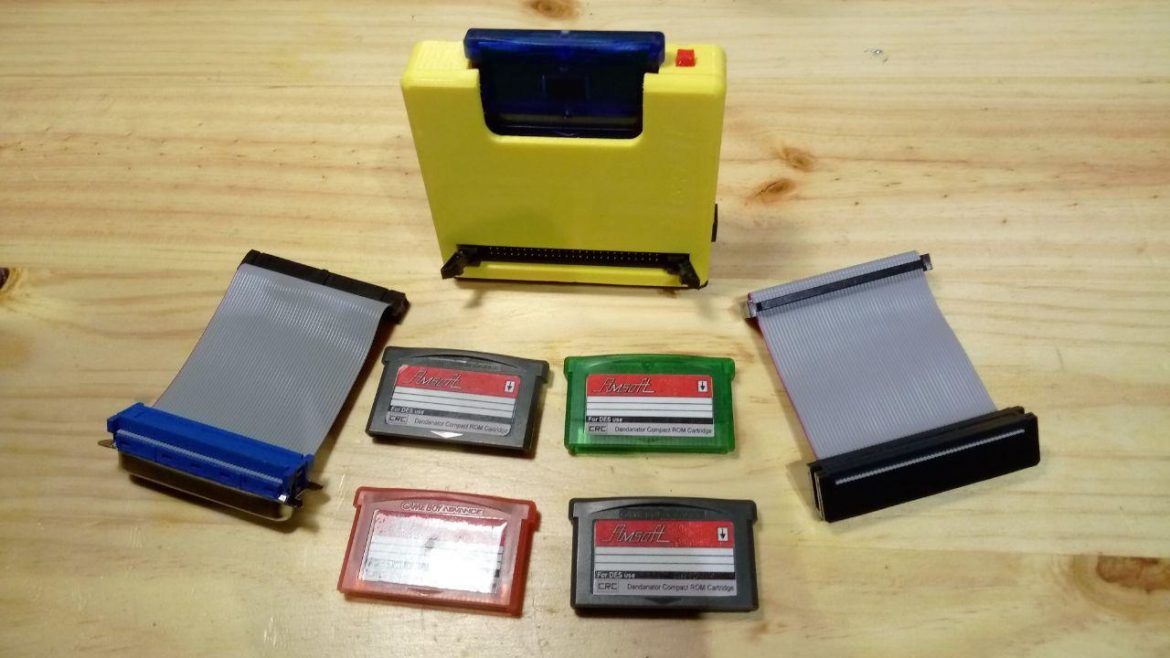 The full DES, with examples of cartridges, and connectors for CPC and CPC+. 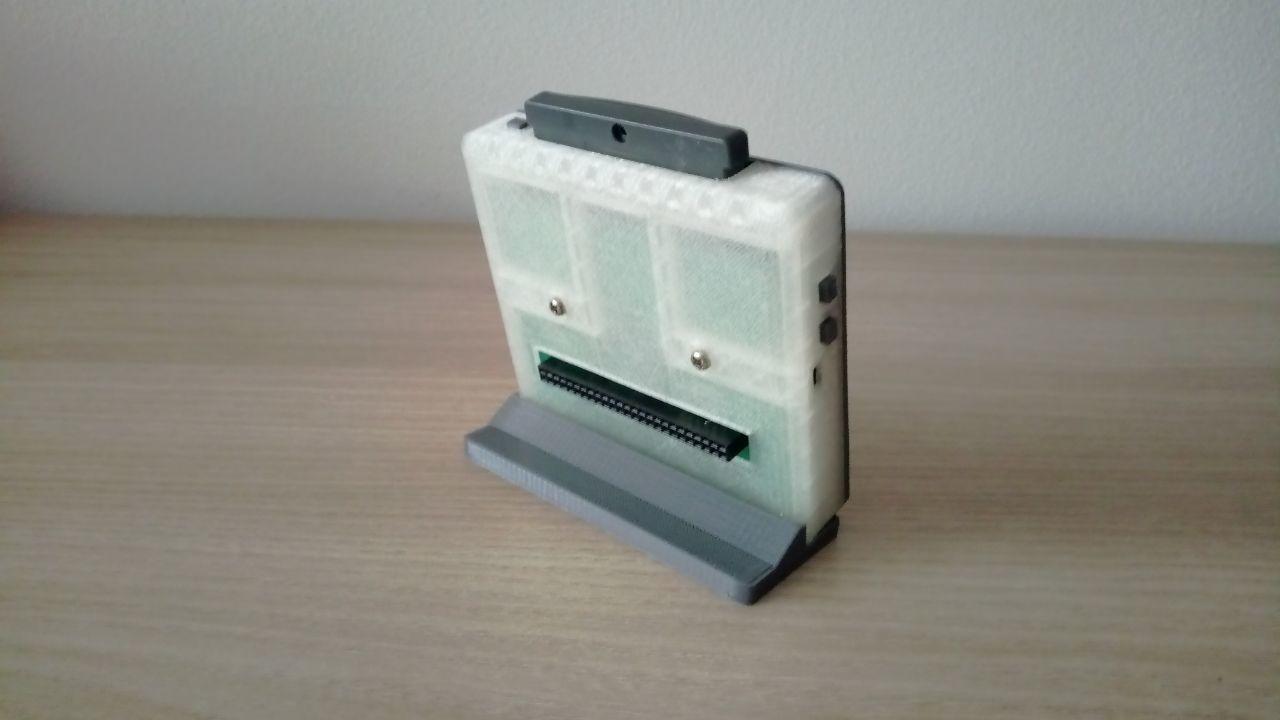 Rear view of the DES. 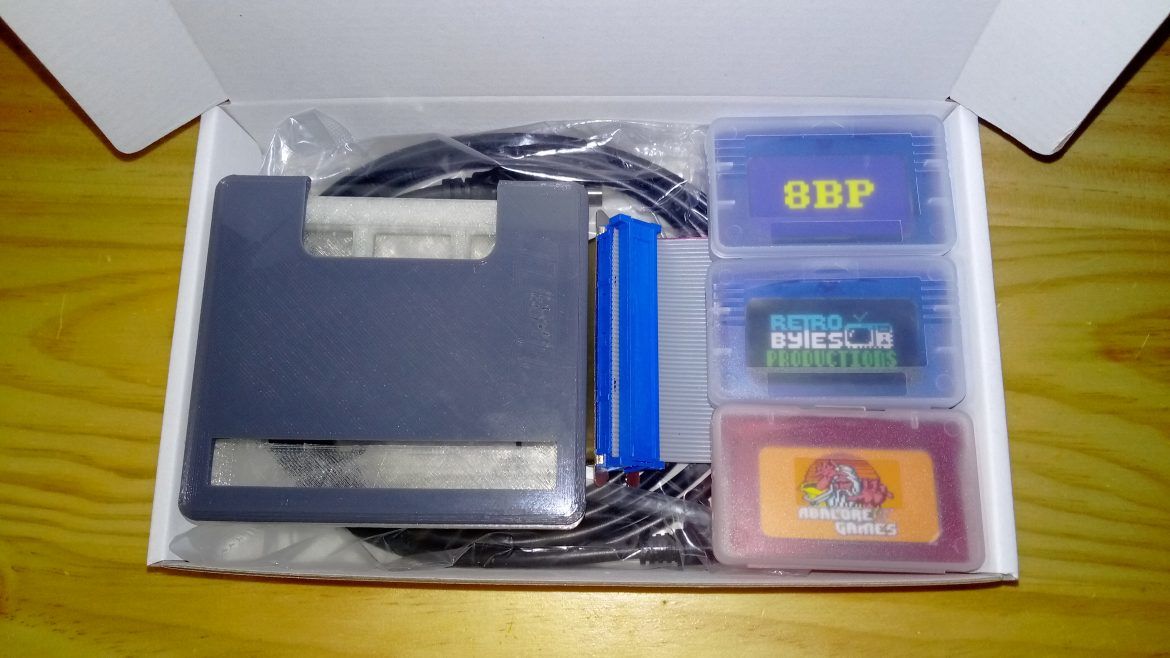 Examples of the welcome pack that we hope to send with the finished project.

Find out how it works

What are you going to find when you get your DES?

Testimony of Pablo Forcén, how we see the perspectives of this DES experience.

The origin of the DES and its differences with the Dandanator

The DES is based on an original idea by Dandare, its Dandanator CPC! Mini.

It is a game cartridge for Amstrad CPC and Amstrad CPC computers, with a capacity of 512Kb of ROM memory, divided into 32 blocks of 16KB each.

It is geared towards the development and distribution of games in cartridge mode, as is loading «snapshots» via PC or MAC with a USB connection. The system supports the 64 and 128 KB games, knowing that to operate them the CPC must have the corresponding memory or expansion if necessary.

You can find all this information and more details on the project website, as well as all the software needed for use and project sources to be able to reproduce it.

This cartridge-based game system is currently used as physical support by the 4mhz development group, which demonstrated the viability of the system with the compilation of «Repoker de Ases» Games.

What are the differences between the Dandanator CPC! Mini and the DES? 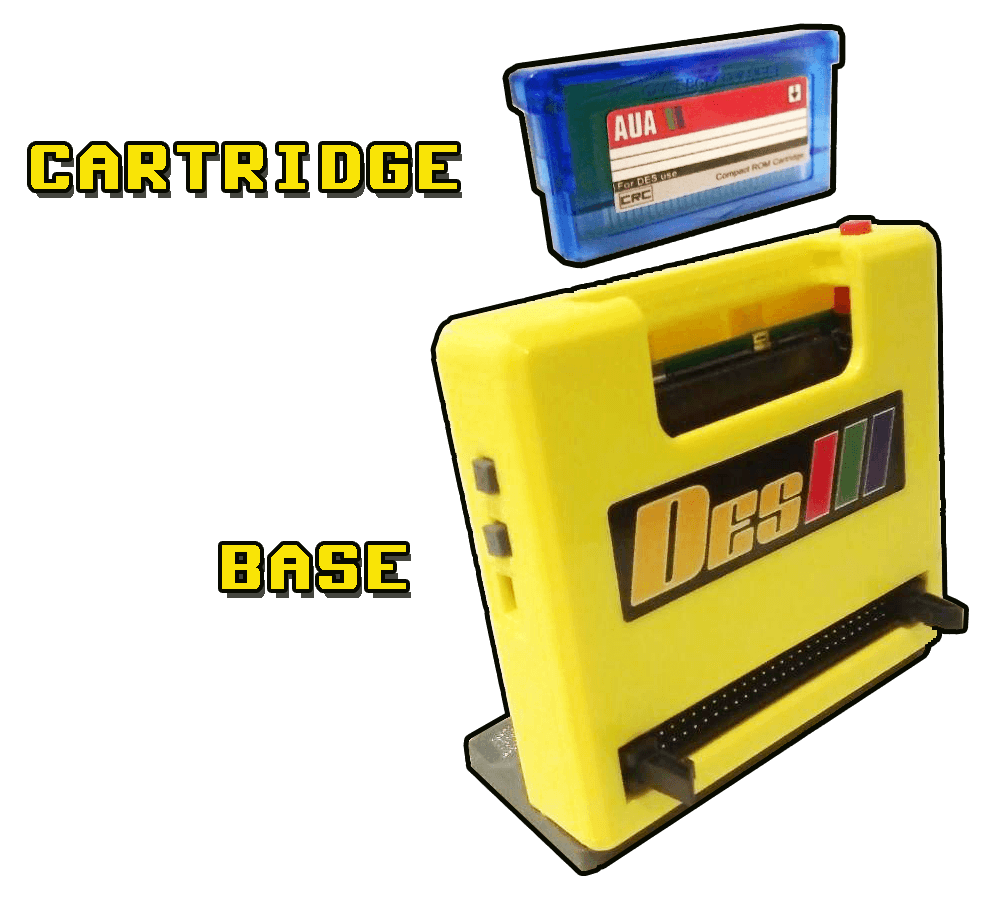 The Dandanator Entertainment System (DES) has two components: the base and the cartridge.

On the front of the base of the DES we find an IDC connector «plug and play», which allows us to use an EDGE (classic CPC) or Centronics (CPC PLUS) type cable.

On the basis we find a slot in which we put the cartridge consisting of a rom card, loaded with the game.

In the image you can see a conceptual graph of the system. The cartridge with the romcard (top) fits easily through the top on the base (bottom).

On Dandare’s proposal, the inserted cartridge detection was included, so that if the cartridge isn’t present, the CPC behaves as if the DES system is not connected.

During the design, it was taken into account the possibility of including a rear connection with the MX4 format, for possible future expansions, such as the power connection (in case of necessary).

We started with the idea of adapting two aspects:

Since the «game or program» resides in a rom card, we can make it interchangeable by giving it the shape of a cartridge, and the rest of the original electronic part we include it in a base that in turn connects to the CPC or CPC+.

This goes to allow us to make a game cartridge significantly more accessible. With this design, the base should be acquire only once.

Moreover, as all current Amstrad users know, due to the high cost of 3′ discs and the difficult audio tape duplication process, an alternative physical media could be relevant.

As it could not be otherwise, the project will be in the public domain that could be reproduce freely as the original project. 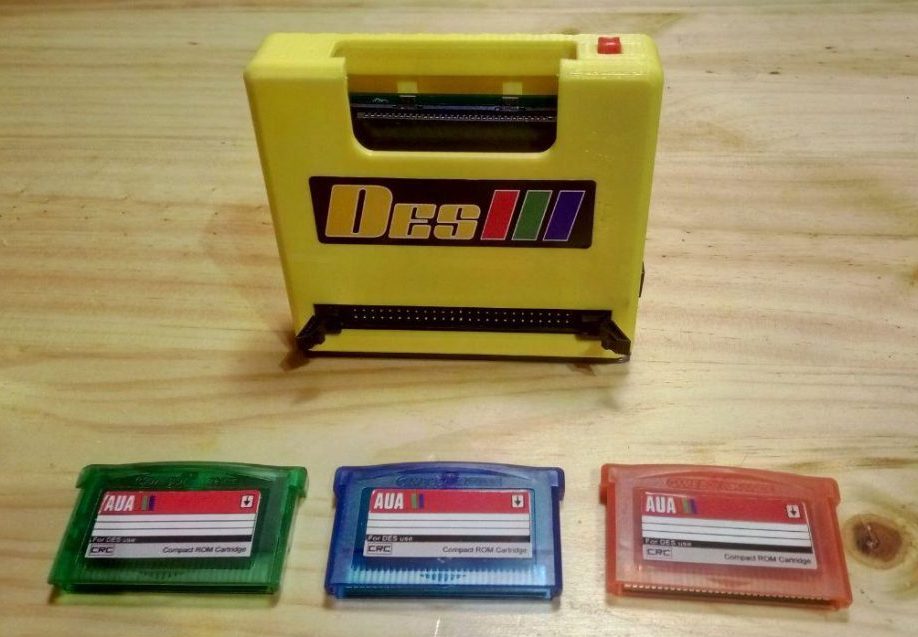 What is the state of development?

It is possible that for some the Dandanator Entertainment System may still seem like a kind of mirage, despite the fact that at the lastRun”AUA event, we had several of our first edition DES units that worked and were available to anyone who wanted to try it.

The reason its release was delayed is due to the fact that we noticed some details that could be improved in the design and we didn’t want to leave them as they were.

This is one of the aims of the Dandanator Entertainment System project is that everyone who receives it, would be able to mount it yourself. You can find more information here about assembling as well on source and archives in order to do the DES yourself.

But… those who don’t want or know how to assemble it: what can they do?


Don’t worry, we will respond to your requests and we will produce all the units you have requested. If you want to get your DES mounted and ready to use, you can write it down on the pre-reserve list via the form you find on that same page. Through this list you will be assigned a pre-reserve code, and we will inform you of the steps you need to follow in order to get your unit.

As we explained in one of the previous articles on the DES future overview, one of our intentions is that the system must be as easily portable as possible for current games and programs on Amstrad CPC, and allow developers to be a convenient and easily applicable system for their games.

This part of the development is suspended at the moment, however, we believe that the Dandanator CPC system despite the fact that it does not include the usual ROM memory handling mode on Amstrad CPC, it allows to make games that go far beyond the expectations of the games releases ever appeared for our expensive computer.

We are sure that in the future, many developers, , who, with the enthusiasm of the community, will soon welcome the Dandanator CPC and the Dandanator Entertainment System as support for the coming games publishing.

Do you want to book your DES?

If you are as much a user who wants to get one, or if you are a member of a development team that is interested in knowing more details because you plan to produce your games on this DES support, do not hesitate to contact us via this form: